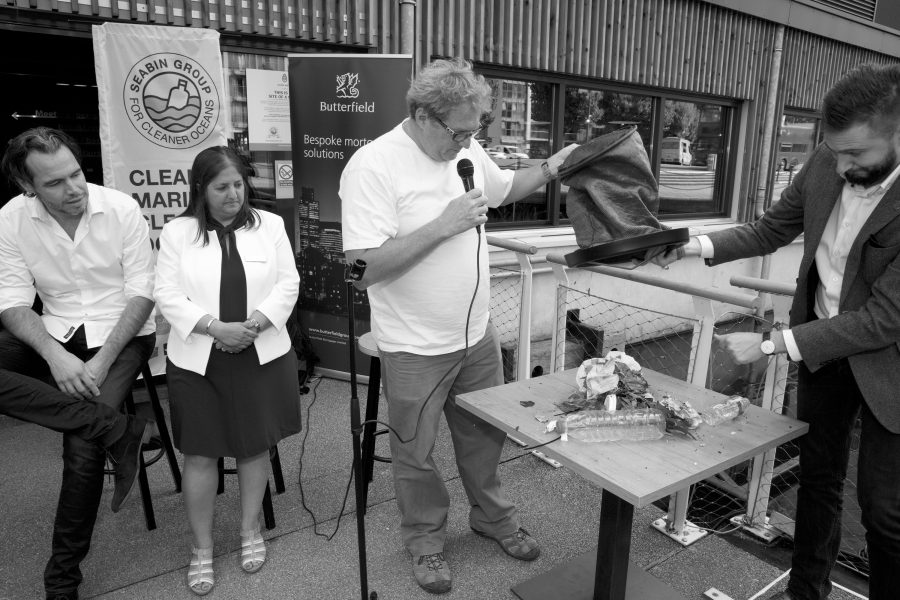 It’s estimated that as many as 12 million metric tonnes of plastic waste enter the oceans every year.The consequences are grave: such volumes of litter are destroying life, both animal and plant.

As a business that’s ostensibly more concerned with structures being built on land than materials in the sea, it might seem a strange subject for a mortgage provider to address in the Property Chronicle. Yet companies’ impact on the environment – and what they can do to address this issue – is something that warrants attention, and is likely to be a frequent talking point in 2019.

No business operates in isolation. In the most obvious sense, a company is part of a broader network: a chain that involves clients and service providers, suppliers and partners. More directly, an organisation also has a fundamental impact on the societies within which it operates and, importantly, the environment on both a micro and macro level.

Indeed, private businesses in the UK are responsible for 56%of the country’s energy usage. As one of the nation’s larger industries, the property sector cannot overlook its responsibility to help tackle problems threatening the planet.

For those involved in the design and construction of real estate, the ability to implement positive environmental change is perhaps more obvious. From the materials and methods used, through to the energy efficiency and carbon footprint of a particular building, there is a clear opportunity to adopt greener practices.

But other parts of the property industry, including mortgage lenders, can and should play their part. And so we return to the opening point: the plight of the planet’s oceans.

Since 2017, the Butterfield Group, of which Butterfield Mortgages Limited is a part, has proudly been a Pilot Partner of the Seabin Project – an initiative created by Australian inventors and environmental activists, Pete Ceglinski and Andrew Turton, to reduce the amount of waste in the world’s waters.

A Seabin is a floating rubbish container placed at marinas, docks and commercial ports. Capable of sifting through 25,000 litres of water an hour, the device sucks liquid from the surface and passes it through a filter to remove any unwanted litter, debris or plastic.

First started as a crowdfunding project in 2015, two years later the Seabin Project looked to scale up its operations with the help of corporate sponsorships. It launched its Global Pilot Partners, which was when Butterfield Group first joined the initiative.

In August 2018, Butterfield placed London’s first Seabin at the Royal Victoria Docks. Now operational, this single unit is expected to capture more than half a ton of debris ever year, including 90,000 plastic bags, over 35,000 disposable cups and 16,500 plastic bottles. Furthermore, the Seabin is also equipped to catch micro plastics as small as two millimetres in diameter, which are proven to have a significant impact on the health of humans, fish and ocean‐dwelling mammals.

One of the company’s highlights from last year, the launch of London’s first Seabin, was in fact the fifth that Butterfield had sponsored – the company has previously been involved in the launch of two Seabins in Bermuda, as well as units in both the Cayman Islands and Nova Scotia.

Private sector businesses are almost unrivalled in their ability to influence environmental change. And the onus is certainly mounting on companies of all shapes and sizes to do their part.

The United Nations states that approximately 6,000 companies – with combined revenue of more than $36 trillion – have pledged to “take climate action”. Yet a survey of 700 UK businesses found that 90%of them still do not have a green policy. As we look to the months and years ahead, more must be done to encourage firms to adopt a proactive approach.