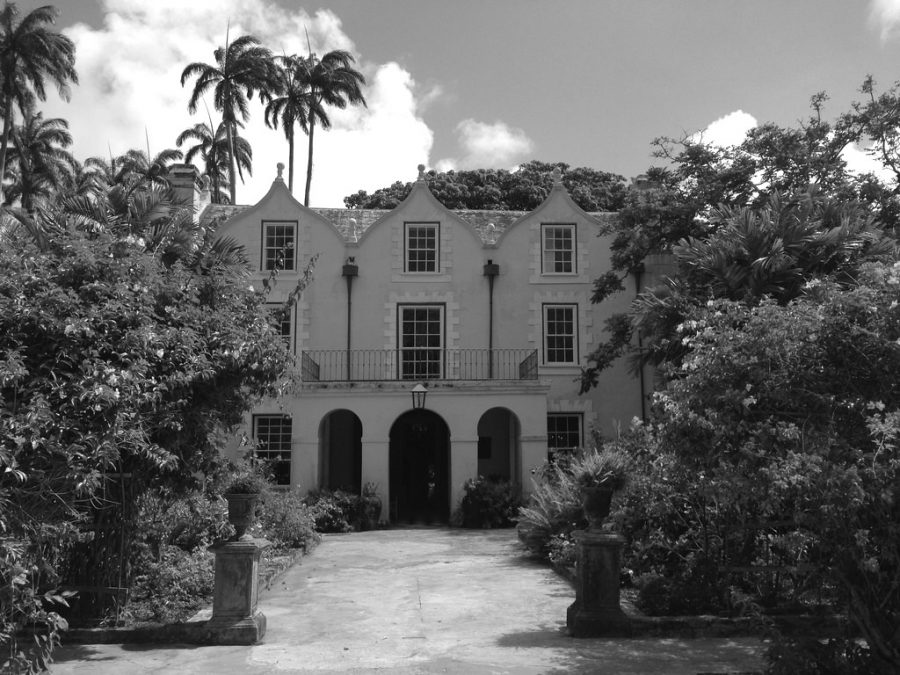 The early history of the Caribbean (and especially Barbados) is well told in the book Sugar Barons by Matthew Parker. Even by the cruel standards of the time, the descriptions of the treatment of indentured servants and slaves (who were treated even more severely and barbarically) are shocking.

Today Barbados has one of the highest incomes per capita of all the Caribbean nations. It has had public education since 1962, boasts a literacy rate of 98% and appears to be one of the most stable and well-adjusted of all the Caribbean islands. It is not the task of this article to address the island’s sometimes sad past but, rather, to look at how Barbadian buildings, from the earliest settlement to the present day, have responded architecturally to its challenging climate.

Vast fortunes were made in sugar production from the middle of the 17th century up to the end of the 18th. The owners of these new fortunes were keen to display their great wealth, not only in Britain but also in Barbados. Drax Hall, for instance, was built in the early 1650s in the parish of St George and sits on a plantation of what is believed to be about 500 acres. Along with properties in Jamaica, the plantation derived enough profit for the Drax family to build up impressive estates in England.

Amazingly, the hall has remained in the Drax family ever since it was built. Today it is owned by Richard Drax (the current Conservative MP for South Dorset and owner of the impressive Charborough Park in the same county). It is still farmed as a sugar plantation.

Drax Hall is a stately Jacobean manor house but in a tropical setting. It has steep gables, corner finials, a very fine Jacobean staircase and an ornately carved hall archway of mastic wood. (Mastic was an indigenous tree found on the island before the forests were cleared and is a clear indication of the early date of the house.)

The plantation is very much still an active farming operation. The building is surrounded by farm buildings, machinery and a mill wall. The tenant farmer showed me around the hall a few years ago when I attended the celebrations of a very good friend’s 50th birthday. To my horror, he walked up the turned Jacobean stairs in his black, mud-splattered Wellington boots before showing me around the upper part of the house.

Although this is probably the oldest lived-in house in the Northern Americas, and therefore of significant historic importance, it is still used as a working farmhouse, sparsely furnished and in desperate need of restoration. The toughness of the building and the environment is extraordinary; I don’t think I have ever seen anything quite like it. It is as if time has stood still.

This curious design, with its Dutch gables (the fashion in England at the time), is repeated in a couple of other places on the island, but it could well be situated in one of the Home Counties. Indeed it was designed in England without thought for the realities of the climate of the Caribbean. Newly rich sugar growers wished to emulate the gentry in England so gave no thought to the realities of comfort in a tropical climate.

The thick walls and small windows were not conducive to air circulation (many of the very earliest houses even included fireplaces). The dress, for both men and women, was also transported from England at the and included the heavy layering of garments and the extensive use of gold thread. The wearing of such clothing was extremely cumbersome and hot. Fainting was not abnormal, and the pouring of large libations to overcome the heat was greatly encouraged. In fact, from early on, Barbados was a very bibulous and – probably as a result of much readily available rum – a highly licentious place too.

Note: corner chimneys which were redundant.