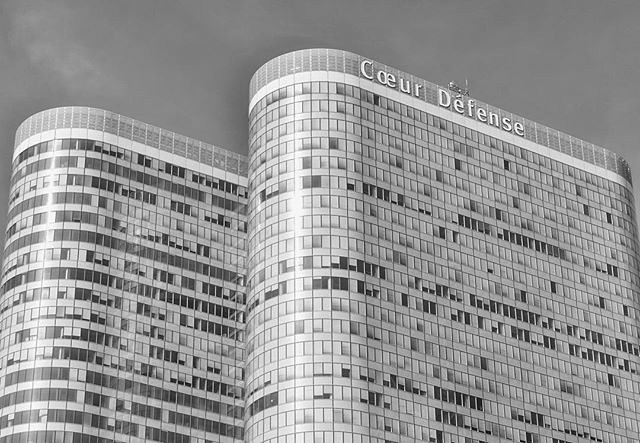 European commercial property has changed a lot in the last 30 years, and this building had a front-row seat for it all

A recent ride up in the lift of Cœur Défense in Paris shouldn’t have been notable. But, for me, it was exciting – this 30-storey twin tower was one that I had been living with for the last few years as I wrote my book, High Rise and Fall, a history of the modern European commercial property industry.

Cœur Défense was effectively a central character in the book, a kind of real estate Forrest Gump, finding itself inadvertently caught up in every step and misstep of property history in the last 25 years.

You might remember it as the building Lehman bought in 2007 for €2.1 billion in one of the biggest deals before the crisis. Less well-known is that its initial development was scuppered by the Paris crash of the early 1990s, or that it was one of the first buildings in Europe to be refinanced through commercial mortgage-backed securities (CMBS).

That period from the mid-1990s to 2008 was when the industry transformed from being domestic to the international and financially sophisticated business of today. But memories tend to only extend back as far as the global financial crisis of 2008.

I set myself the task of telling the full story. It was not easy – over the entire period, the sheer number of deals and companies involved increased enormously. In the early 1990s, only EuroPropertycovered this part of the market – and such was the pace of life, it could do so on a monthly basis. But by 2006, the real peak of investment activity before the crisis, the levels of information were overwhelming: a real reflection of both how much the industry had grown and innovated.

That made it difficult to edit down the main events into a narrative that did justice to the huge number of changes. In the end, I found it most rewarding to hone in on the real turning points. I found that if you asked enough questions you could often find the exact origins of enormously significant changes.

For example, the influence of US investors in Europe actually stemmed back to how they handled a real estate crisis of the 1980s, bringing us private equity buyers, CMBS and influencing the advent of REITs. Furthermore, the origins of European fund management can be largely traced back to the setting up of ING Real Estate.

I also talked to those who shaped these events, interviewing more than 100 people. All those I spoke to gave of their time generously, and were thoughtful and insightful.

That said, I wouldn’t say that their memories were always good. One was convinced the euro arrived in 2003 (it was actually 1999), another interviewee caused me hours of extra research until I found out they were a decade out on a key investment trend. Some even gave themselves credit for deals that the records show they never had a part in.

But they brought colour and life to those times – and without them I could not have truly told the story of this fascinating industry.