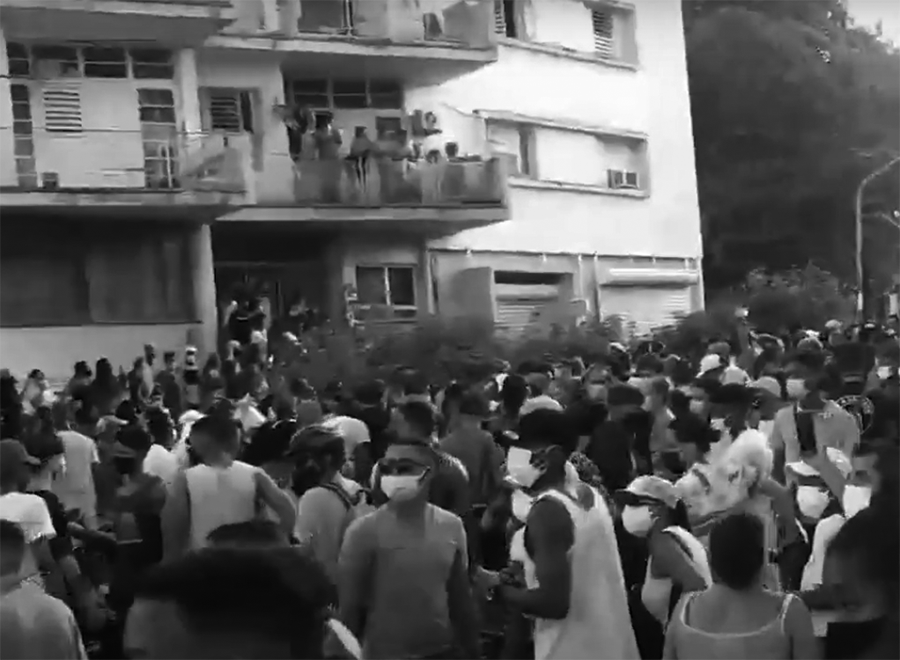 “Videos posted on social media showed security agents and groups of soldiers beating up demonstrators on Sunday. Protesters ripped up portraits of Fidel Castro, while others destroyed police motorbikes and overturned police cars.” Those are the words of Wall Street Journal reporters Jose de Cordoba and Santiago Perez.

Hopefully the video images downloaded from the streets of Havana signal a successful push by the Cuban people to finally free themselves from tyranny. Those in power can’t arrest everyone, and if they try to, or if they try to bring physical harm to protesters, we’ll all know it.

That Cuba’s tyrants will be exposed in real time first speaks to the genius of the capitalist profit motive. Even if you believe what’s absurd, that the internet wouldn’t exist if not for the DOD’s Arpanet, what’s undeniable is that opposite-thinking entrepreneurs are the ones who uniquely saw the possibilities of the internet for the masses. An explosion in internet usage globally is now bringing to the world the protests in Cuba. The whole world will be watching, assuming Cuban authorities crack down.

If you’re producing valuable goods, you’re trading with the world

What’s happening now is also hopefully a reminder that the embargoes the US has long placed on Cuba are much less than worthless. End them. Yesterday. Even though the ‘United States’ can’t trade with Cuba (actually, exceptions have been made for agricultural and medical goods such that the US is the country’s fourth-largest trading partner), packages from Cuban Americans to family members continue to flow in to the country. Put another way, if you’re producing valuable goods, you’re trading with the world. There are iPhones in Cuba and their existence there once again makes it possible for the whole world to see a revolution that will hopefully succeed.