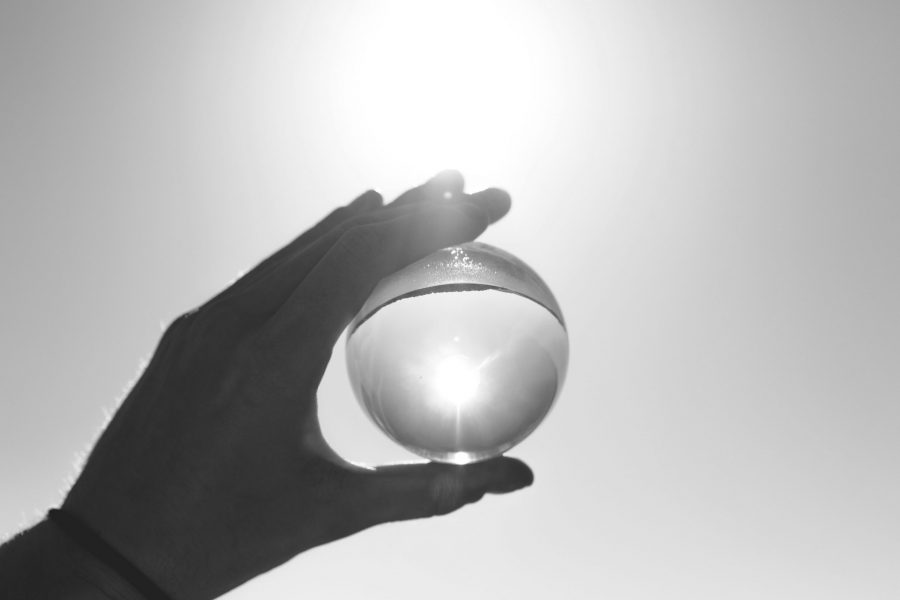 Nicholas and the Adventure with the Crystal Ball

Nicholas was not a small man. In recent years, his girth had been increasing exponentially with his age and it was perfectly fair when the little boy sitting opposite him on the Tokyo tube pointed at him and exclaimed “Shrek”. To most people, Nicholas was now jolly giant of mythical proportions and that guise suited him well.

Now sitting in his wooden hut in his back garden, Nicholas was pondering the new world that had enveloped everyone in the last two months. One day, he was standing at a lectern professing the importance of understanding value, the next he was isolating in the shires with his lady wife, the princess Analise. Everyone was immersed in trying to understand the strange times that had descended so fast and when the sickness will pass. Everyone was confused and everyone was looking for a guru. Nicholas wanted to help.

He had never been good with traditional scrying. He had a collection of crystal balls but not once had he seen the mists of time parting to reveal a significant future. He had tried many times but no matter how much he scrunched his forehead, the visions would not come. He was not an oculomancer and the fairground tent was not beckoning him.