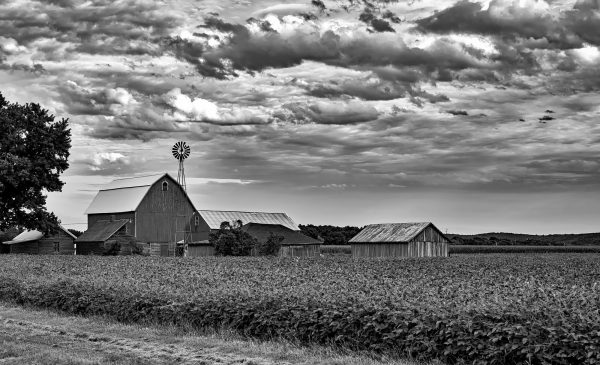 Farms are peculiar assets. Returns are undeniable – but inaccessible. And subsidies, it seems, only make things worse.

Farms are capital-intensive businesses, with land, buildings, fixed equipment, working capital for labour, livestock, seeds, fertiliser – almost all of which needs to be expensed before a penny of income is received. For permanent crops, an income stream may be years into the future.

Much of that capital is locked up in assets for a very long time; and farmers never seem to generate quite enough income from their investment (or at least not enough to cover all their personal demands, let alone the re-investment needs of the asset). Farmers frequently understate their working capital needs (which also grow over time) – the world has plenty of providers of short-term debt to farmers. But farmers are also endlessly surprised at the relentless appearance of cash on retirement/sale, as machinery and crops are sold and the inputs for the next crops are not bought.

Farms are peculiar assets – part real estate, part commodity play (long only!), part operational with variable working capital needs, and with one unique characteristic which sets them apart: they are appreciating assets. To use a real estate analogy, farm productivity growth is as if you owned an office block with 100 floors, and a new floor appeared at very little or no cost every year.

And yet they are assets which are seen by many, and certainly by many farmers, as delivering (very) poor returns on capital.

Here is the conundrum. Over time (and this is more visible at an industry level than for individual farms), farms both produce more per hectare or per animal and do so with greater efficiency (reducing unit cost of production). These productivity gains fall to the bottom line and are then capitalised into the value of the farm.

This capital growth is a key component of returns, but, of course, is not cash in the hands of the farmer – and often not recognised as a return at all.

At the same time that the farmer is generating an apparently inadequate return, there are a wide range of draws on that modest farm income – inter-generational family funding (retirement and education), re-investment in efficient production systems, replacement of assets, and adequate rewards for labour. And all of this has to come from an uncertain income, driven by factors beyond the control of the farmer – the weather and global commodity markets, where one man’s disaster is another’s bonanza.

The bonanza year often ends up off-farm (skiing chalet etc.), as a reward for hard work. Yet if there is not enough reinvestment, there is a drift into higher unit costs of production at the farm level, even as the industry as a whole is improving; income falls, the ability to re-invest erodes, and the farm enters a vicious spiral of lack of competitiveness – which can no longer be corrected.

This uncertain and volatile cash return on a capital-intensive asset, growing in value over time but from which that value growth is often inaccessible, and the relatively small size of most farms, renders them structurally vulnerable and lacking in capital resilience. With the secure supply of food a political imperative, it is then all too easy to fall prey to the subsidy safety net.

Receipt of farm subsidies does much more than keep the farmer safe from uncertainty and address a lack of wider resilience. The annual value of the payment is also immediately capitalised into the land – and at a very low cap rate, as it is effectively a government bond. So while the cash income might have increased with the subsidy, the total return might actually have gone down, with a higher proportion now attributable to the increase in land value. Research by a German institution has found that the return to farmland in countries like New Zealand and Australia, where there are no subsidies, is shared about 50:50 between capital growth and operating income. For countries with farm subsidies, the split is closer to 70:30 in favour of capital growth.

No wonder farmers complain that they can’t live off their income, and can’t expand their businesses on the back of net cash flow. Their short-term safety net is also their long-term noose.