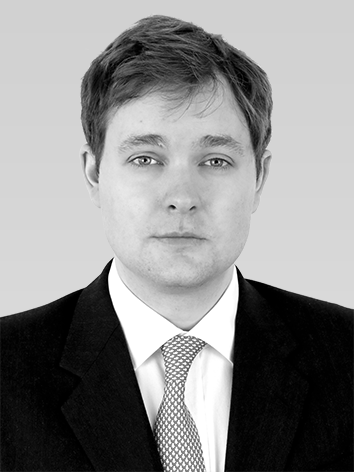 On the wall of Ruffer’s office in a modern glass block on London’s Victoria Street is one of the earliest surviving examples of paper currency, a Chinese bank note dating from the late 14th century.

For Alexander Chartres, investment director at the firm, the A4-sized banknote provides a telling lesson for those managing assets in uncertain times. Half a century after its issue the Chinese authorities, scarred by inflation, stopped printing paper currency and did not issue any further notes for 400 years.

Chartres is not necessarily predicting a similar outcome to the massive bout of money printing seen in the wake of the financial crisis ten years ago, but he certainly believes we may be at a turning point, with the economic and political consensus seen since the Berlin Wall fell 30 years ago now under threat. For much of that time the US and China have both pursued economic growth above all other policies. But now more protectionist measures are being suggested on both sides, as President Trump tries to protect US workers by putting America first and President Xi seeks to quell democracy protests.

“China is a 5,000-year-old civilisation, and the bottom line of Chinese regimes, whether imperialist, republican or communist, is domestic harmony. They will always pull down the shutters if that’s what’s required to ensure cohesion,” says Chartres, a geopolitical expert. “What we are seeing now in Hong Kong is therefore historically resonant. We have been used to a world order and society where the commercial and financial imperative has trumped everything else post-Cold War. That has changed. We are now in an era where geopolitical issues will dominate the financial and economic landscape once again.”

He fears the benign period of China and the US both pursuing economic growth as a prime policy goal therefore is near to ending, with consequences for investors globally.

“The new cold war between them threatens to unwind the close Sino-American economic relationship, and that could profoundly reorder global finance.” At the same time, negative interest rates and other emergency measures used since the collapse of Lehman Brothers in September 2008 have put asset prices in dangerous bubble territory, he believes.

When we meet, 30-year German government bonds are yielding just 0.2% and over US$13trn of bonds globally have negative yields. The 30-year bonds have since gone negative, making the whole German curve negative for the first time ever. Chartres says this is bad news. “We are in Alice Through the Looking Glass territory. Investors are paying heavily indebted governments for the privilege of lending them money,” he says. “Markets have lost their sense of historical perspective. It will end in tears, as it always does.”