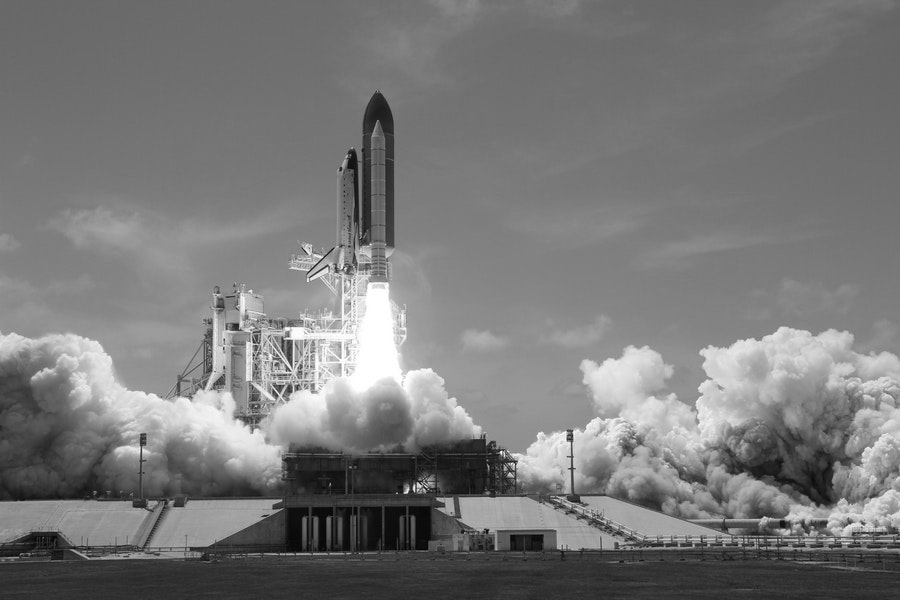 Being a child in the 1960s was Utterly Brilliant. It was all so exciting – because we all knew we were going to space. The theme music from “Apollo” still resonates. Late at night peering at the Moon, and my father waking me up to watch the landing. My bedroom full of books about space, walls decorated with cut-aways of rockets. Like every child, I knew the “Thunderbirds” pilots were named after the first five American astronauts; Scott (Carpenter), Virgil (Grissom), John (Glen), Gordon (Cooper) and Alan (Shepard). My first action man had a spacesuit (Gemini edition.)

What I didn’t experience was my mother’s terror while I was in my pram and the Cuba crisis meant destruction was 15 minutes’ fight time over the eastern horizon. Or her fears when we decided astronaut training involved jumping out of second-floor windows, or her resignation when dad helped us build an escape tower zip line from the roof to the back garden – and the inevitable and familiar trip to the bone-fixer at the Western General Hospital followed. (Apparently we had season tickets for A&E – where you got a sweetie if you didn’t blub.) The TV assured us our future lay in the stars. We made “Star Trek” communicators from Lego, and we all wanted to be the interceptor pilots from “UFO”.

But hopeful futures in space evaporated in the misery of the 197os. “Star Trek” was replaced by the bleak and ultra-cheap production values of “Blake’s 7”. Apollo missions were cancelled and there was nothing particularly exciting about Skylab. It was difficult to be enthusiastic about space when power cuts meant the TV wouldn’t work. I put away childish things, sort of studied at school… wanted to be a doctor but became an accidental economist instead.

Dad had taught me my way round the stars, and as soon as I could afford one, I bought a decent telescope. But space had changed. It wasn’t about the future; it became a stage set for quasi-Westerns about oppression in “Star Wars”, the humour of “Hitchhiker’s Guide to the Galaxy”, and the rude comedy of “Red Dwarf”. “Star Trek” films were an embarrassment.  It was hard to get excited about robots trundling round Mars.

I pretty much forgot about space until the Challenger disaster, which struck me as a death-knell for any hopes of a space-based future. I got on with the mundane stuff of building a career, and bringing up kids. Far from scouring the asteroid belt for raw materials, I spent the next 30 years financing very down-to-earth stuff. My son Jack’s primary experience of space was Buzz Lightyear.

But now… things are changing.