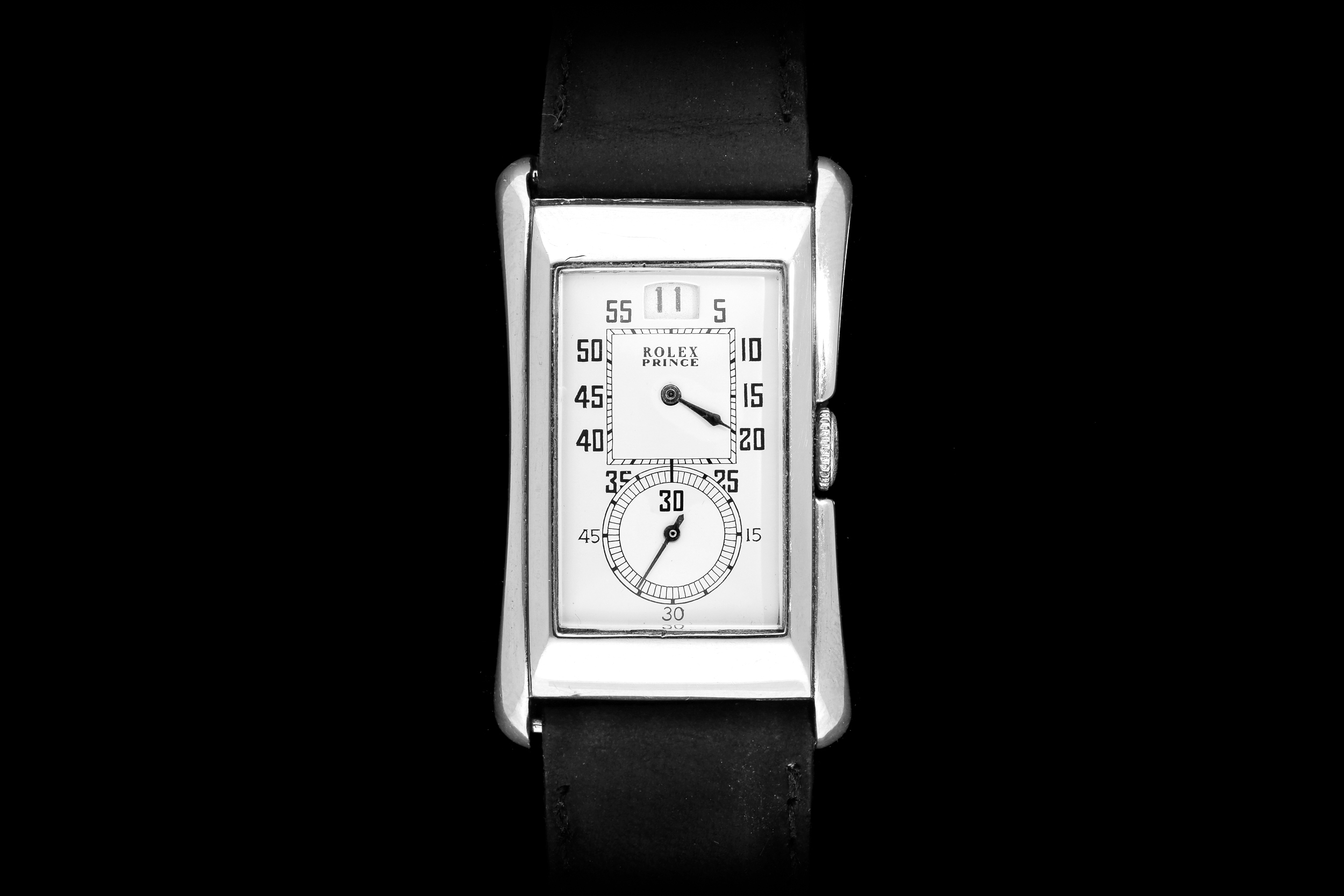 This article was originally published in July 2018.

Since the rotating of shadows around rudimentary sticks planted in the ground, man has had an affinity for plotting the course of time. Different mechanisms, from sundials to pendulums and grandfather clocks, had their day before a quantum leap in the 18th century saw the invention of the “automatic” watch by Abraham-Louis Perrelet, later perfected by Abraham-Louis Breguet.

An automatic movement allows the watch to wind itself by using an oscillating weight inside the watch that puts tension on the mainspring, through the motion of the wearer’s arm. With gravity a constant force, and the human wrist moving between 7,000 and 40,000 times a day, a limitless power supply was discovered literally at arm’s length. The success of the automatic watch is largely attributed to its ease of use. Winding up one’s timepiece every day became a thing of the past.

The first known wristwatch was a Breguet, and was made for Emperor Napoléon I’s sister, Caroline Murat, a prolific client of the Swiss horologist. Yet, surprisingly, wristwatches took some time to come to the forefront of fashion.

Almost a century would pass until the Brazilian aviation pioneer, Alberto Santos-Dumont, met Louis Cartier in 1900. The two became firm friends and one evening in 1901, no doubt over brandy and cigars, the visionary South American complained that while flying it was laborious to retrieve his pocket watch. Three years later, Cartier invented their own, purpose-designed wristwatch for the aviator – the catalyst for today’s Santos de Cartier models.

However, it took a World War to bring the wristwatch to prominence: advances in communication technologies allowed for a more precise coordination of military manoeuvers, and these required soldiers to be able to tell the time at a glance. Rummaging through one’s pocket to tell the time in the chaos and constant peril of the trenches was as dangerous as it was inefficient.

When the Great War ended and soldiers returned home, they had become accustomed to the convenience of wristwatches, and thus they became more common, replacing their pocket cousins.

Their accuracy and elegance allowed for a smooth transition into the mainstream and rapidly became a desirable and fashionable item. This was particularly noticeable in 1927 after Mercedes Gleitze, a young English swimmer, swam across the Channel in just over 10 hours wearing a Rolex Oyster. This hermetically sealed wristwatch remained in perfect working order after the crossing, not only supporting Rolex’s claim to have created a waterproof watch, but also increasing the wristwatches’ appeal to women; Rolex took out a full-page advert in the Daily Mail, lauding the success of the Oyster, popularising the Testimonee concept.

The Art Deco Period was in full swing at this point, and tapped into this new trend by incorporating timepieces into bracelets. Due to the popularity of Art Deco period jewellery and the uniqueness and novelty of having a watch on one’s wrist at that time, many of these have enjoyed significant increases in value.