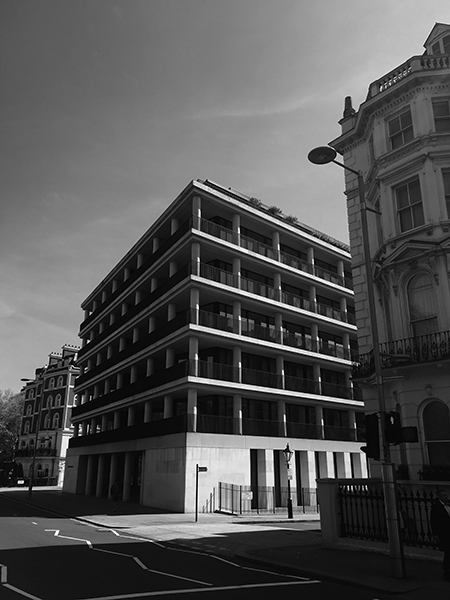 One of the unexpected pleasures of lockdown has been the ability to view London unhindered by people and traffic. Recently, I was almost run over by a delivery moped when staring up at one of the new high-end residential buildings in Knightsbridge. The experience made me feel reassured that life may just be returning back to some level of normality. It seems that quite a few of these residential buildings in the more salubrious parts of central London have been designed by David Chipperfield.

Chipperfield is popular with many of the top-end residential property developers and manages to navigate a way through the minefield of permissions with designs that are both sensitive to context, but still remain overtly contemporary. He comes from that generation of AA trained architects who were all nurtured by Alvyn Boyarsky, its head at the time. All of them seemed to have so much character. Zaha Hadid was a large and powerful personality who did the most striking drawings you might ever see. Rem Koolhaus was tall, Dutch and intellectual, and always took the unexpected position in his writings and buildings. However, ‘Chippie’ just wasn’t any of these things. I have asked colleagues about him and they all scratch their heads and tell unrelated anecdotes where there is only a passing reference to him. The story usually ends with something like, “Oh, and David was quietly drafting in the background”.  It seems that Chipperfield is just not that charismatic a person; however, he is one of the most successful British architects of his generation.

After working at Norman Foster, he set up on his own and started to get work abroad. Germany has a fairer, more open system of competitions, so this route is not untested by British architects. After his successful rowing museum at Henley, he received some heavyweight commissions quickly (the Neues Museum in Berlin, for example) and this led to some smaller regional museum commissions in the UK, such as the Hepworth Wakefield and the Turner Contemporary in Margate.