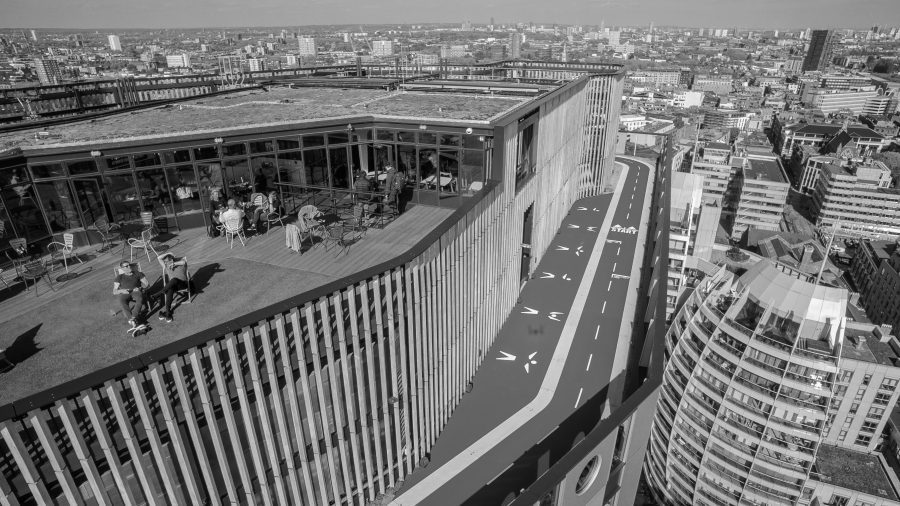 Derwent London, the company I have worked for over the last 34 years, have built a variety of office buildings over that period.  So, on this occasion, I’ve decided to choose one of them and add it to my list of favourite buildings.

I have chosen White Collar Factory on Old Street roundabout, not because it’s a design classic, but for the progressive thinking that was behind its creation.

At Derwent, we have always drawn inspiration from great architects and designers from the past. We also have a passion for industrial buildings; for their generosity of volume as well as their character and integrity.  Over time, we have managed to buy several which included a large depository complex in Victoria as well as the Tea Building in Shoreditch. We were delighted with their conversion to commercial use, and gladly they proved extremely popular with the next generation of office tenants.

These successful projects raised some questions. Why are 19th and 20th century warehouse and factory buildings so good at being 21st century offices? Could we do even better in adopting some of their characteristics within a new construction?  So, in early 2000, we organised a ‘think tank’ with our architects AHMM and our engineers Arup, with the idea of building an industrial scale building, but purely for office use.  A progressive building, that would change the way we – and perhaps others – thought about the construction of today’s office buildings.

Simon Allford, one of the Senior Partners at AHMM, referred us to the works of a French designer and metal worker called Jean Prouvé, who revolutionised housing and the way it was constructed in Paris back in the 1920s.  His designs were totally original and often centred on making a visually solid, yet, lightweight façade. His work would be described, with the term commonly used today, as ‘Industrial Design’.