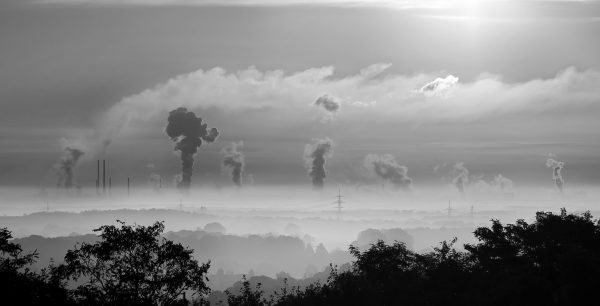 “In general, life is better than it ever has been,” P. J. O’Rourke wrote in All the Trouble in the World. “If you think that, in the past, there was some golden age of pleasure and plenty to which you would, if you were able, transport yourself, let me say one single word: dentistry.”

Stephen Davies’s The Wealth Explosion: the Nature and Origins of Modernity explains why we have dentistry and people in the past did not. Some of those people in the past were sharp and competent, too — 2nd century AD Rome, Song China, Abbasid Iraq. All three civilisations looked for a time like they would achieve what the Netherlands and the United Kingdom achieved in the 18th and 19th century: industrialisation followed by what Davies calls “modernity”. Why they didn’t is part of this remarkable and compelling book, but why the UK in particular did forms much of the rest of it.

O’Rourke’s “dentistry” is of course a proxy for many things. Before Davies starts talking about Chinese dynasties and Scottish philosophers and enlightened caliphs, he makes two related points. First, the way we live now — roughly, the last 250 years — really is different from everything that went before. Secondly, that difference has particular characteristics. He sets out his case contrarily to Steven Pinker (who makes a similar argument at book length in The Better Angels of our Nature), partly because Davies is an historian while Pinker is a scientist. This means there are no graphs or diagrams, but an abundance of “ripping yarns”. Given many people are unmoved by graphs but are moved by narrative, it’s possible The Wealth Explosion will persuade where Better Angels did not.

Materially, modernity means there are more of us, largely because four in ten children no longer die before puberty. That vast population lives uncommonly well while the proportion of the world’s people living in what the World Bank calls “absolute poverty” is dropping like a stone and has been for decades. Our economies are also overwhelmingly powered by intensive growth — that is, growth arising from inputs being used more productively. Before the 18th century, nearly all economic growth was extensive, which made the quantity of output produced dependent on expansion of the quantity of inputs used. Whence things like colonialism and brigandage.

Most of us now live in cities, something that emerged only as recently as 1851, when the “census revealed that for the first time in human history (…) a majority of the British population lived in towns with a population of more than fifty thousand”. Incredible as it may seem in light of the ongoing Brexit shitshow, governments in modern liberal democracies are also astonishingly competent. The most able Roman prefect or Chinese mandarin — placed in a time machine and deposited in Whitehall — would be stunned at the lack of corruption, how we’ve succeeded in abolishing the sale of public offices, and genuine concern for what Davies calls “the general welfare”. Governments — with relatively few exceptions — were historically extractive superpredators. And even those that did not aspire to be (such as Rome and China for significant parts of their history) were nonetheless riddled with corruption and pervasive clientelism.