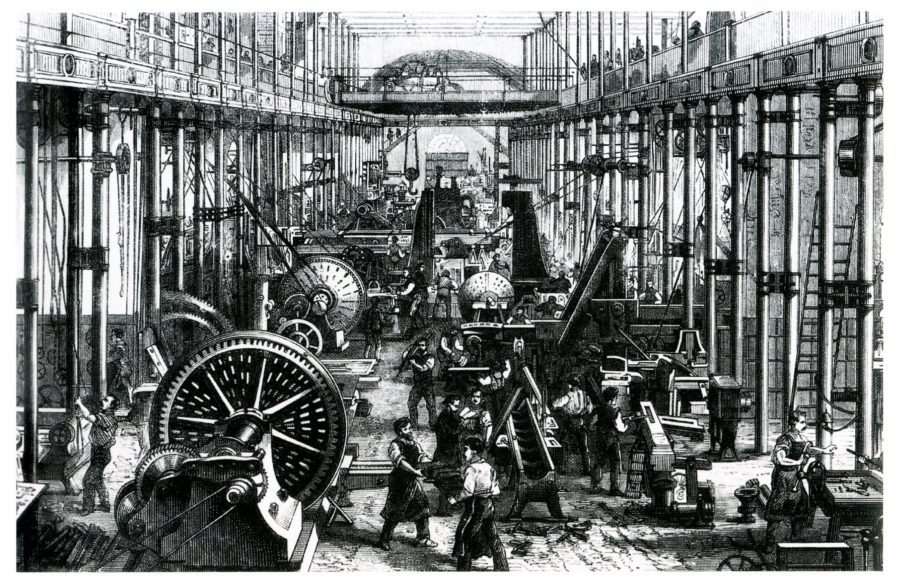 It has been more than 200 years since the start of the Industrial Revolution in Britain. For a century historians and economists have been fixated on one question: why did it start in there?

One popular thesis, presented by Robert Allen in his book The British Industrial Revolution in Global Perspective, suggested that Britain’s success was due to relative prices and market potential. In other words, from 1650–1800, London had higher wages relative to other European cities – and this high-wage economy, together with cheap energy, led to labour-saving mechanisation.

Academics subscribing to this theory have used the wages of building craftsmen and labourers to quantify living standards. They argue that those wages show industrialisation led Britain to move from being a low-productivity economy to a high-productivity one.

But new evidence has emerged to challenge the high-wage hypothesis. Jane Humphries, Professor of Economic History at Oxford University, has shown that wages in the sector that industrialised first in Britain – textiles – were far lower than previously thought. Together with Benjamin Schneider, in 2016 Humphries analysed the hand-spinning industry before the Industrial Revolution and found that spinning was a low-wage, low-productivity employment.

These pieces of research have given rise to debate, including the vigorous contributions of Professor Bob Allen, who claims that neither body of new evidence will have significant implications on how we understand ‘real wages’ in Englandcompared to the rest of the world.

However, the new research has undoubtedly undermined the popular high-wage theory of the causes of the Industrial Revolution. Moreover, it has challenged the traditional view that, before industrialisation, builders were artisans and enjoyed a higher standard of living.