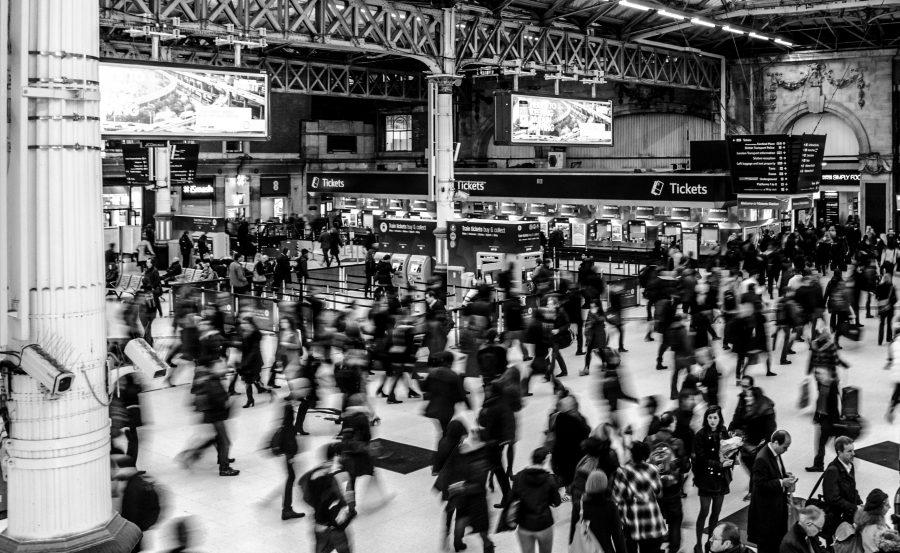 Long term interest rates, in real and nominal terms, have fallen continuously since the early 1980s, and yields on commercial real estate have come down with them.  Most recent analysis, suggests that it is real rather than nominal interest rates that dive property yields. Why?  property yields are themselves ‘real’ since property values tend to drift up with inflation. Investor arbitrage ensures that real returns adjusted for risk, equalize.  When real bond yields fall, investors into the nearest equivalent, which is real estate, pushing up prices and depressing (real) yields

Specifically, tt is the growth, as a percentage of the global population, of the 40 to 54 age group that has driven down real bond yields, and property yields as well.  Figure 1 illustrates the trend.  It shows real 10-year bond yields in the United States, Germany and the UK alongside a line indicating the share of global population of those not aged 40 to 54.  That line falls in the period since 1985, indicating that the proportion of those aged 40 to 54 has risen.  Econometrics, not shown here, confirms a statistically significant relationship.

Correlation is not causation: but the economics is also persuasive.  The 40 to 54 age cohort has a high propensity to save, mainly for retirement, but also for childrens’ college education and for other forms of bequest.  Real interest rates are determined in global capital markets by demand and supply.  Over the last 30 years relentless demographic change has , boosted the supply of capital relative to demand so the price of money has fallen.  There is another, even more subtle factor at work, also driven by demographics.  As the global population has aged, and people have become concerned to be able to support themselves in old age, the preference for risk free assets has increased.  As savings have grown more of those savings have targeted safe government bonds.