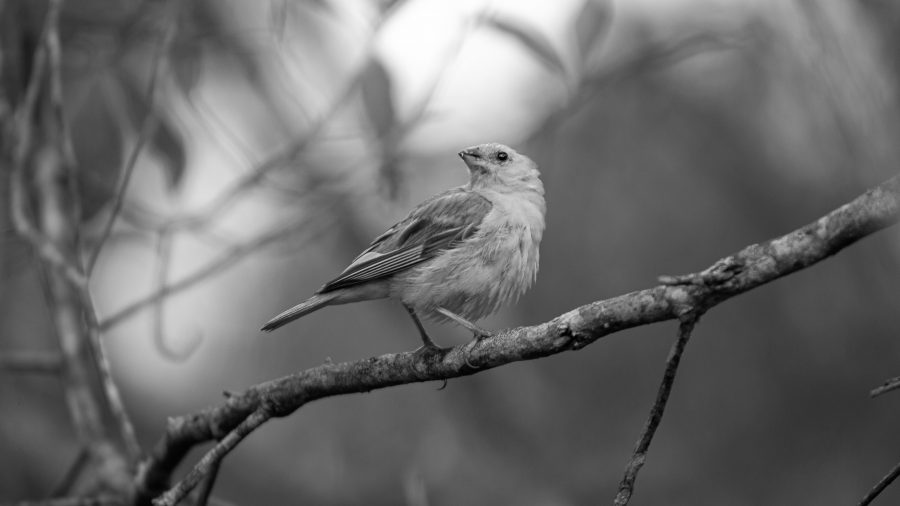 The chiffchaff, willow warbler and wood warbler are not easily distinguished from one another, except, as discovered by the curate of Selbourne, Gilbert White, at the end of the 18thcentury, by their respective songs.

To the casual they likely fell into the general bag of “little brown jobs”, but not to his questing intelligence. Gilbert also understood that swallows disappeared in the autumn, and, not knowing where they went, and also not believing Aristotle’s hypothesis that they lived in the silt at the bottom of lakes, conducted an experiment digging up trees on the down above his home to see if they hibernated in the roots.

One summer, when he was “ his prime bachelor”, three sisters arrived to stay in his village. Apparently one particular, Catherine Battie, caught his eye but no romance occurred and these “fine, fizzing” girls left the parish, not to return. Gilbert, like a lovelorn teenager, wrote an autumnal poem dedicated to “The Miss Batties”, the final part of which went thus;

“Return, blithe maidens; with you bring along

Free, native humour, all the charms of song,

The feeling heart, and unaffected ease,

Each nameless grace, and ev’ry power to please.”

Somewhere in his wonderful mind the Miss Batties became swallows, luminescent chattering acrobats of the air that light up the summer before evaporating into winter’s ether.

A recent meeting with a fellow farmer in Staffordshire elicited further conversation about swallows and their relative the house martin. We were stood in a long meadow containing an elegant series of large ponds, overlooked by his father’s house. The eaves contained perhaps 20 empty, broken house martin nests, while overhead flew a single pair of chittering swallows hawking insects and dipping to drink from the water surface. My colleague looked at them wistfully, commenting that only a few years ago there would have been “clouds of them”.

His move from dairy farming to a stockless arable rotation might partly explain their reduced numbers, but his meadow and the pieces of water remained. “It is probably not your fault”, I said supportively, “in Egypt there are reckoned to be more than 700km of fine mist nets capturing migrant songbirds and swallows by the million.” One estimate of this shocking annihilation, by a German television company, (for the lack of a more accurate source), puts the number of birds killed annually in Egypt alone, at up to 140 million a year. People up and down the country are waking to this startling loss. A swelling sadness suggests that more must be done to stop the murderously unsustainable and highly illegal harvesting of these populations.