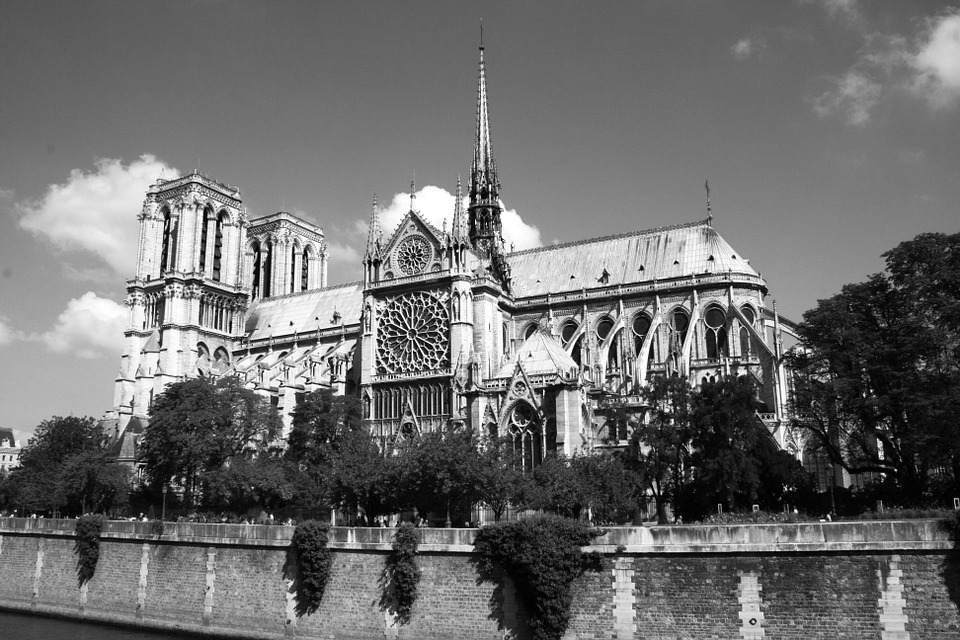 My heart goes out to the people of France. The image of the burning cross taken from the air above the enflamed cathedral of Notre Dame is shattering. Its ruination, though, is causing immediate redemption. People all over France are pledging sums of money for the repair of this beautiful building. While they cannot replace what time has wrought, they can give life to a phoenix. I have no doubt that the Paris of the future will remain hall-marked by its most revered edifice.

It is perfectly acceptable to describe our wild places as “cathedrals of wildlife”. Such a distinction seems more likely to inspire veneration than the bureaucratic tongue-twister of the Site of Special Scientific Interest. The destruction of Notre Dame has an even sadder parallel in Nature. In the same paper (Daily Telegraph, April 16, 2019) showing the above picture came two other stories. In the pristine wilderness of the Pyrenees researchers from the University of Strathclyde have discovered the pollution of micro-plastics, counting an average of 365 pieces of plastic per square metre. Further on in the paper, Chinese authorities have announced the death of the last known Yangtze Giant soft-shelled Turtle. Each of these sad tales are as individual flames in the conflagration that is consuming the Earths’ natural jewels.

Extinction is a process that both horrifies and frightens people. It is the gutting of the body of our planet. Such fear lies behind the recent protest in London by a group called Extinction Rebellion. While not condoning the damage done to the offices of Shell, the demonstration reflects the anxiety of grass roots people concerning the diminution of much of the natural world. They are a vocal part of the congregation that strengthen the parallel between cathedrals and wilderness.

The loss of the enormous stained glass window at Notre Dame is akin to wild places that have lost key-stone species. Top predators, such as the tiger, define landscapes. And here is another current affairs parallel, another phoenix from the ashes. Try and imagine the fairways of Augusta during the Masters without that other great Tiger. His remorseless determination and competitive presence lends a super-dimension to the sport of golf. His prowl in pursuit of victory is simply enthralling. And his return from physical and emotional breakdown is inspirational. Restoration, redemption and rebuilding are crucial themes in this brilliant story.

On the farm here we have just finished lambing, our most intense time of year, hence my reconnection with the newspaper. As duties lighten we are able to attend to other elements of farm life. While working recently on a footpath that runs for nearly a mile across some of our wetter marshes, home to many nesting birds, I engaged with one of our regular dog walking visitors. His 3 spaniels were beating through the fen, sending birds every which-way. I stopped him, initially asking him news of his brother who has recently taken on a farm owned by Eastbourne Borough Council. From the small talk I moved gently to chide him for his unruly dogs, citing my concerns for the breeding waders. Embarrassed at telling him off, I moved on to the tragedy of Notre Dame, which he too found appalling.