Thinking the unthinkable: Lebanon’s sovereign debt default? – The Property Chronicle
Sign up for FREE now to get the weekly Property Chronicle Bulletin and never miss out on the latest insight from our expert contributors 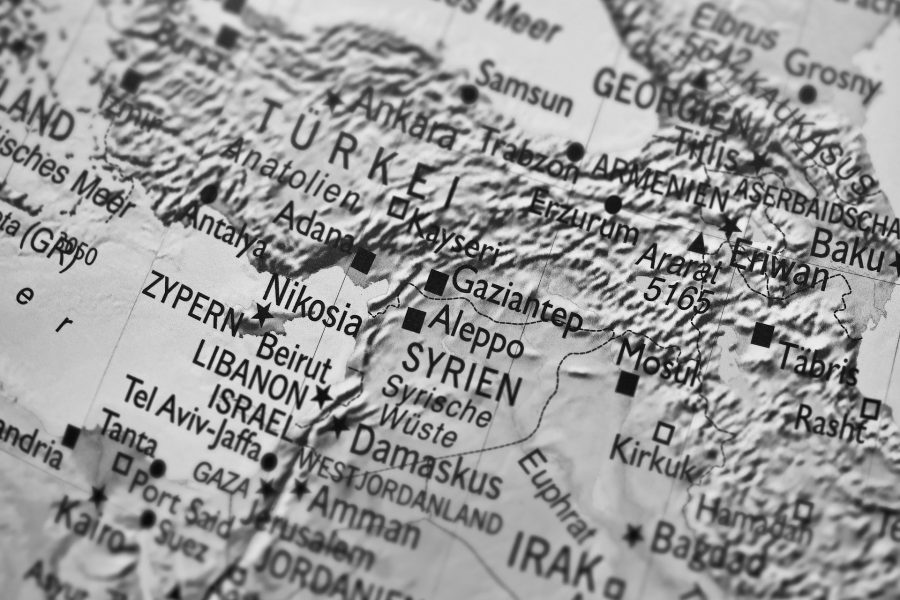 The unthinkable has finally happened in a secretive central bank’s digital ledger in the heart of Beirut. The rating agency Fitch predicts imminent default on Lebanon’s sovereign debt, at $88 a colossal 185% of GDP, making the once “Paris of the Middle East, the fabled reve d’Orient (dream of the East) a Levantine Argentina. While central bank data, unlike Shakira’s hips, often lies in the emerging markets, Fitch’s arithmetic of doom is irrefutable. Fitch estimates that the Banque du Liban, run by an ex-Merrill Lynch broker Riad Salameh as governor since 1993, owes $67 billion dollars to Lebanese banks in borrowings (liabilities) but has only $28 billion in net foreign exchange reserves.

Salameh’s high stakes juggling act of borrowing money at exorbitant rates from Lebanese banks, flush with funds from a diaspora that extends from the Swiss Alps to São Paulo, from the diamond mines of West Africa to the glass towers of Dubai’s DIFC Gate Village, to meet the state’s $5 billion annual debt service obligations, maintain the Lebanese pound currency peg to King dollar, finance imports for a population whose elite defines la dolce vita on the East Med and bankroll a bloated, warlord/sectarian fissured public finance payroll, is now over.

Optically, Lebanon boasts $150 billion in banking deposits, three times its GDP, a ratio exceeded only by the banking systems of Hong Kong and Luxembourg. Yet this banking data is a cruel illusion, a hoax perpetuated on the hapless savers of Lebanon and its vast global diaspora. Lebanese banks have recklessly invested 50% of their assets in Lebanese government’s Treasury bills, de facto post dated cheques/IOU’s on a bankrupt bank.

Where did these untold billions in debt vanish? This money was looted by the state’s corrupt, cynical political elite. After all, the Lebanese government can barely provide electricity and power to my Druze friend’s village in the Chouf amid deadly winter storms, combat the brush fires in Mount Lebanon, clean up the beaches of Beirut, provide a modicum of welfare for the estimated 1 million Syrian refugees whom it now involuntarily hosts, just as it still hosts the grandchildren of the Arab refugees, who fled the British Mandate’s Palestine in terror from the Haganah and the Irgun that fateful, distant May 1948. The World Bank estimates 30% of the Lebanese population lives in poverty- how shameful!

“Follow the money” Tom Cruise advised in a famous Hollywood movie – the Lebanese people should hire Kroll Associates to track down their stolen billions. The billions of dollars they deposited in the Lebanese banking system ended up as recycled “assets” of the dynastic zaims, state insiders and militia warlords who survived (often literally) the Lebanese civil war. The assets of the Lebanese political elite have now acquired gorgeous tans in the sunshine of the Jura and the Bernese Oberland in Switzerland, in exotic Caribbean money laundromats and in the offshore black holes of global peekaboo finance.

Civil war was big business in Lebanon. A close friend from a prominent Sidon family told me about one of his father’s gardeners who morphed into a militia commander for the Mourabitoun in wartime Beirut and now lives happily after in his palatial villa compound high above Lake Como. The Lebanese I knew would gasp at the sheer resilience of their banks during the civil war, evoke the fabled Phoenician DNA that made them the most successful money changers, traders and hoteliers in the Arab world, a nation of financial middlemen and entrepreneurial wheeler dealers.

The Lebanese pound remained stable during the civil war. The banks, while looted by rival militias, remained open for business in the nightmarish 1980’s. Yet the real nightmare of Lebanese finance began in 2016, when its central bank resorted to what Salameh called “financial engineering” and what any rational analyst must will call one of history’s most reckless, state sanctioned Ponzi schemes. Since I hail from Pakistan, I know a bit about how shadowy cabals of power, what my Lebanese friends in Paris call “la puissance occulte” first captured, then loot state owned banking institutions.

Lebanese banks remained open while Israeli F-16 warplanes napalm bombed West Beirut and masked militia gunmen massacred women and children in Karantina, Damour, Tel el-Zaatar, Sabra and Shatila. Yet the banks shut down for two weeks after Lebanon’s population revolted against its political status quo in October 2019. An chronic dollar shortage means no imported medicines in hospitals and no gasoline in petrol stations.