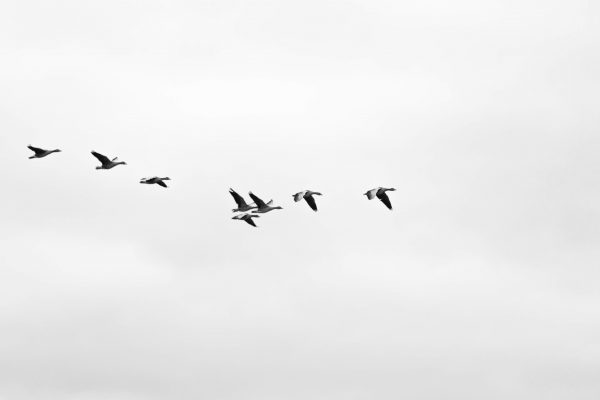 Despite the best possible conditions, hundreds of species of bird are dying out before our very eyes. It may be too late for some – but action can still save others.

It is possible that part of my life’s work in conservation on the Pevensey Levels may be stained by failure.

At Montague, our farm on the Pevensey Levels in East Sussex, we have, for over 25 years, pursued best practice (according to relevant conservation agencies). Natural England have funded us throughout this period to conserve and restore the wildlife of the wetlands around us. We have necessarily conformed to their advice, fine-tuned creatively to the varied habitats across the farm and in the control of predators. Wilder landscapes have emerged, with increased areas of woodland, herb-rich pastures, fen, reedbed and flooded grassland. We have achieved a spread of a diverse flora and bucked the trend of declining insect populations. Otters were seen for the first time, this year, on one of our pools and we have legions of the formidable fen raft spider. We boast a bird species list exceeding 200 – and that’s where the problem starts.

Many of these birds are now declining or absent.

Despite providing the best possible conditions, populations of lapwing, skylark and yellow wagtail are falling year on year. Predation is certainly part of the cause, but is not the whole story. Cuckoos may have vanished by next year, redshank have not bred on the farm for the last two years and swallow swarms have reduced to small parties in the low tens. Flycatchers have not been seen here for 15 years, nor grey partridge. No lesser spotted woodpeckers nor marsh or willow tits. No corncrakes or curlews, wrynecks, ruff or shrikes.

The once annual kaleidoscope of avian treasure is decimated. They all should be here, yet they no longer come. Indeed, many no longer exist.

The quiet horror of extinction is preceded by a sometimes visceral and sometimes cryptic pattern of loss. By the time declines have reached the levels now recorded (more than 40 million birds fewer in Britain than 25 years ago, according to research at Exeter University) then total loss becomes inevitable. Several of the species mentioned may die out completely in this country over the next 20 years, a shadow of the silent spring predicted more than 50 years ago by Rachel Carson. Population changes begun in decades past, and now at critical, have created the avian equivalent of ‘dead men walking’.

In 2010, Professor John Lawton reported to the UK government on policies to protect natural areas. His advocacy for ‘Bigger, More, Better and Joined’ areas of wildlife habitat has still not inspired the government into the actions that need to be taken, despite a number of his initiatives beginning to be taken up. A growing movement to rewild large areas, meanwhile, is gathering force and may be the impetus necessary to save our countryside from the de-naturing currently underway. We need better control of predators and the provision of more diverse and larger habitats to begin any form of reversal. Panic and sorrow can be obviated by greater action.

There is a wind of change blowing hard at several distinct areas of the British countryside. Uplands especially – grouse moors, deer shooting estates and sheep farmers – are being asked searching questions and challenged hard, as is the Forestry Commission. A recent book by Benedict Macdonald (which benefits from the advice of Professor Ian Newton in its chapters on bird population science), entitled Rebirding (Pelagic, 2019), points out provocatively that Snowdonia National Park is the same size as the Maasai Mara yet a poor cousin in terms of wildlife, and that deer estates in Scotland equate to double the size of Yellowstone, with a highly diminished ecology by comparison.